Projects > BE A MAN

On November 20th, 2014, cancer survivor and artist, Michael Barrett attempted to regain his masculinity by undergoing reconstructive plastic surgery and implanting a prosthetic silicone testicle into the left side of his groin.

The performance took place in Los Angeles and lasted nearly 60 minutes. The procedure was performed under a general anesthetic, all of which are extremely safe and effective. These options were discussed in detail by the anesthesiologist prior to the procedure. Michael remained in the recovery room for a minimum of one hour until comfortably alert for travel.

There is a significant level of consensus in western societies about the nature of traditional male and female roles and characteristics. What is more, the socially constructed nature of the masculine role requires that men should not deviate a great deal from the norms. Hence, men who do not fulfill this stereotype tend to be seen as inferior, and in some way not 'real men'. A brief examination of cultural colloquialisms supports this emphasis, given that the ultimate statement of bravery between men is to be told, 'you've got balls'. Consequently, it appears that, to men, being a man is defined by ones' ability to belong, and fit within the roles constructed by society, including the ability to perform as a heterosexual male.

In sum, the symbolism surrounding male genitalia and masculine identity may be of particular significance for men who, for one reason or another, require surgery to this part of their anatomy, for example in testicular cancer.

With regards to body image, there is literature that alludes to the impact that treatments have on male survivors. The occurrence of orchiectomy, side effects of chemical therapies (such as hair loss and weight loss), and the scarring from other surgical procedures are suggested to be significant in the way a man views himself after the illness. One particular study demonstrated that almost a quarter of their participants felt less attractive as a consequence of the treatment (Gritz et al, 1989). This is supported by research surrounding the use of testicular prostheses, which suggests that surgery without the use of implants has significant effects on body image, sexuality and masculinity, which could otherwise be reduced if implants were offered.

Important factors in the process of decision making about the acceptance of a testicular prosthesis, include fear of loss of masculinity, concerns about self-image and wanting to feel 'whole' again, desire to look normal, and desire to conceal the loss of a testicle, especially to avoid disclosing the loss when commencing a new relationship.

In order to change the way men participate in their health, it will be necessary to change the community's perception regarding men's health, and attempt a gradual reconstruction of the meaning of masculinity. 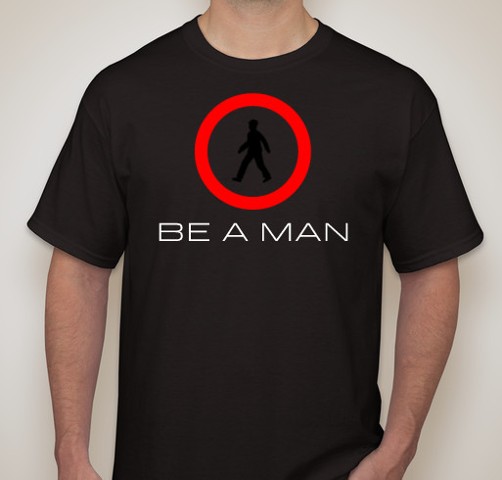 BE A MAN
< previous