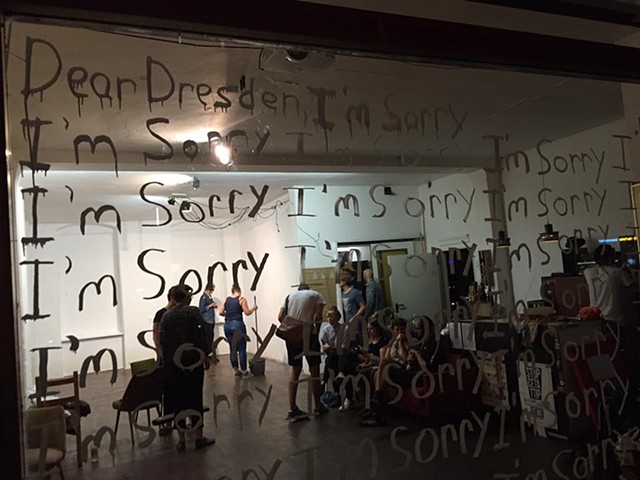 PAS #48, Between the Lines, in cooperation with University of Dresden. Hole of Fame gallery, Dresden, Germany Photo: Michael Barrett