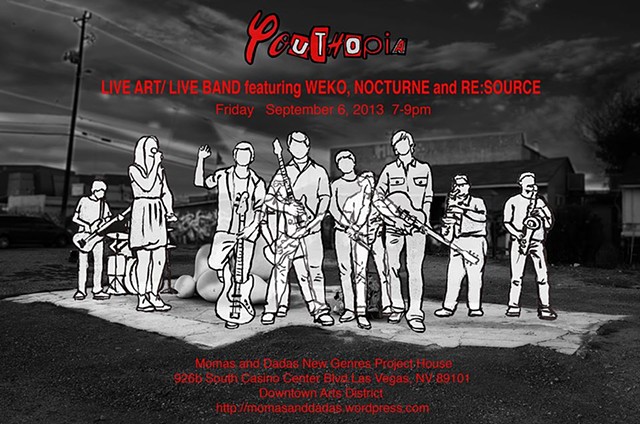 Performances by… WEKO: West End Knock Out is a hard rock band from Henderson, NV who’s music draws influence from such bands as Avenged Sevenfold, Metallica, Green Day, and System of a Down among others.

Nocturne is a rock band covering music from artists such as the All-American Rejects, U2, Fall Out Boy, and Imagine Dragons. Nocturne utilizes alternative instruments not included in the average rock band such as saxophone, trombone, and trumpet giving the band a slight twist.

RE:SOURCE: “Take me, I’m yours”- Complimentary Las Vegas hotel shampoo, lotion, body wash, etc… will be on display and available for the general public.